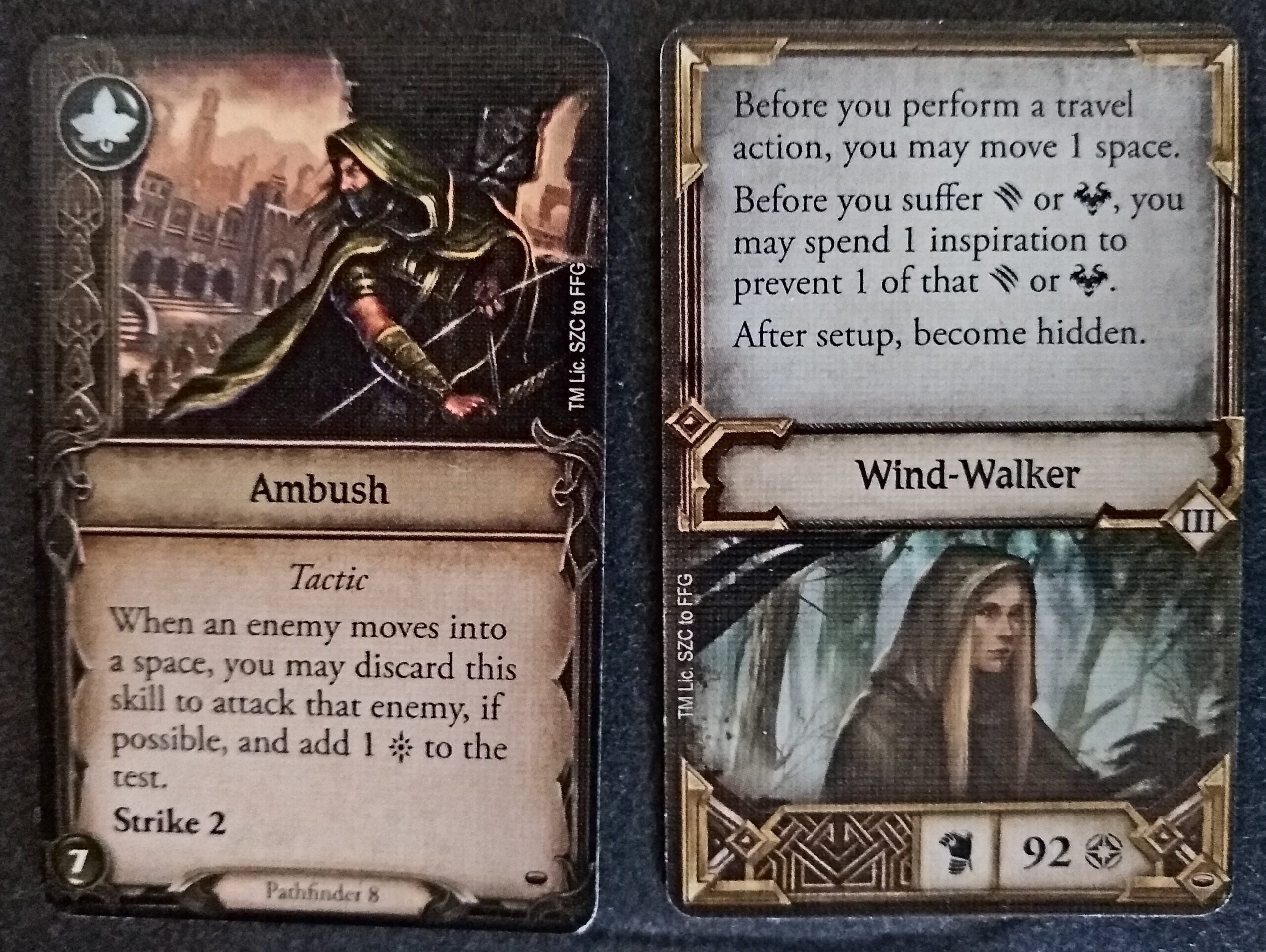 In last week’s post, I sampled games that players said had “awesome art” (or “great art” etc), and which also had at least 1000 ratings averaging 7.5 or higher. Analyzing those games yielded 7 generalizations:

Treating the above 7 statements as hypotheses, today I’ll test them using a different sample of games that I hope will eventually be the peers of my own games (if I continue putting in the necessary time and effort over the years).

Obviously, digital art isn’t literally watercolor or acrylic. I use these as shorthand for the extent to which brush bristles remain visible and/or bleed into one another, as well as the way in which color varies across each stroke and across areas of the work in general.

It’s not like there’s just one “acrylic style,” but all such types of renderings overlay paint in a characteristic way. For example, acrylic painters often like to block out the darker value of an object, and then overpaint highlights, leaving visible light strokes that overlay and cross the darker regions, typically with a little bit of texture resulting from the bristles.

This texture and blockage of colors by succeeding layers is even more apparent in oil paintings. In addition, oil paintings tend to have more blending of colors into one another, compared to acrylic, but the colors themselves can be more vibrant. The strokes of an acrylic are sharper, while the bristle-texture of an oil are more visible.

BGG computes rank based on a combination of rating and number of ratings. It provides a list of top-ranked games by category.

I retrieved the list of games from the first page of top-ranked Fantasy games. Filtering out expansions yielded the following sample of 23 games:

BGG ratings reflect a particular cross-section of player opinions, which frequently depend more heavily on mechanics than on theme. Nonetheless, if I want my games ever to reach this cohort, then they need to have art at least somewhat comparable to historical norms. Art shouldn’t hold the mechanics back.

Watercolor aesthetic dominates? (Note: This category does not include monsters — see below.)

All of these exemplars contradicted my hypothesis, at least in part. Referring back to my previous post, I see that I generalized based on 3 non-Fantasy games very much set in the real world. The one Fantasy example of that sample, Everdell, has more of an acrylic aesthetic (as noted above).

Here’s a sample of the comments of players about the art in Root:

In reviewing comments, I notice that many players who liked the art found it at odds with the heavy mechanics. The game’s weight is 3.76. Pushing further to a watercolor with ultra-soft edges would have exacerbated this disconnect. The artist (Kyle Ferrin) seems to use a similar art style in most of his games, including Oath (which appeared in the previous sample) and the horror-themed Vast. He does have some variance in the level of watercolory-ness, which he appears to have dialed back for Root.

Bookmark: An awesome interview of Kyle Ferrin, which digs into his ink+color style, the reasons why he likes “ink and watercolor,” and the conscious choice to create Root art “for people who didn’t know they liked war games yet.” So, there’s the intentional rationale for the difference between mechanics and art. The introit of the interview is also really evocative:

Isle of Cats vs Wingspan

The weight here is only 2.35, and the cats look really comfortable stretched out on the ships. On the box, the scene again could be graphite covered with a marker overlay.

The contrast versus Wingspan’s watercolor (from my previous sample) is striking in terms of treatment of value. But I think the difference is primarily due to the large number of different colors on each Wingspan bird. This really helps Wingspan to accurately depict each bird, using tight little areas of color that slightly blend into one another (e.g., across the area of each large flight feather on the wings).

With Isle of Cats, I’m picking up a set-collection vibe that requires cats to have identifiable colors (one per “family” of cats), which would prevent accurately representing color variations. (I’ve never played it.) In that case, mechanics would call for the illustrative approach taken.

Watercolors serve well for realistic, “ooooh”-inducing depictions of animals in non-fantasy games. For top-ranked fantasy games, prefer a less soft blending of color, particularly among heavier games. As in all games, obviously, attune to the mechanics.

This game leans much harder into landscapes that most of the others in the list above. The landscapes are absolutely quintessential in resembling what I’m calling an acrylic aesthetic, particularly in terms of how Ryan did the highlights on forms. It showcases absolutely beautiful, well-placed, nearly opaque strokes with really awesome texture (especially on the mid-ground mountains of the cover). Landscapes on the cards are equally impressive.

The cover has enough texture that I might call this oil-like, especially in terms of how it almost appears to come from an under-painting that’s pressing upward through the overpaint (e.g., in the dark lines emanating from the focal point through the sky). However, the cards have none of this. They more closely resemble dark forms painted with a textured brush, followed by a texture highlight brush consistent with the “acrylic-ish” aesthetic on other games in this list.

An acrylic style absolutely dominates the landscape art among top-ranked fantasy games. Root is really the only striking counter-example.

Bookmark: I notice that many games use miniatures to represent monsters (e.g., LOTR Journeys, Cthulu, and Rising Sun). The miniatures have plenty of detail to satisfy tactile and visual senses. Such miniatures deserve a post of their own.

For monsters, games include sufficient detail to evoke feelings of ick or danger, but not much additional superfluous detail. Not one monster struck me as photo-realistic. Five Tribes demonstrates how to take maximal advantage of contrast against the background to communicate detail through edges. Blood Rage demonstrates how to use props with monsters (e.g., the wolf’s chain).

For objects, games similarly include moderate detail up to the level allowed by the card or token size. I just don’t see the near-photo-realistic detail present in some of the lower-rated games previously sampled. All of these fantasy games render items with an obvious acrylic style. Does this add to how players perceive the level of investment by the publisher?

None of these games, as far as I noticed, include many cards focused on isolated plants. This may say more about the nature of the thematic category than it does about art.

Subjects typically face the camera. They typically show little or no skin except on the face. Clothing plays a major role in establishing a character. Other props help. Subjects quite often simply pose, but many assume a fighting posture of some sort.

Only a few of the last sample of games had more than 1-2 artists per game. In contrast, most games in today’s sample had 3 or more artists. For reference, here are the first artists listed for each game:

Every single artist has multiple games; most have at least a dozen. In contrast, approximately half of the games in the previous sample included artists with only 1-3 games. This says as much about the budget of successful publishers (to hire top artists) as it does about how success begets success (as many artists’ games came subsequent to the games in today’s sample).

And the more games that these artists are now invited to create, the more games will reflect the artistic sensibilities apparent in today’s sample. These artists, among others, are shaping the norms in the industry. This isn’t to say it’s impossible to innovate. However, it does set a baseline for future games.