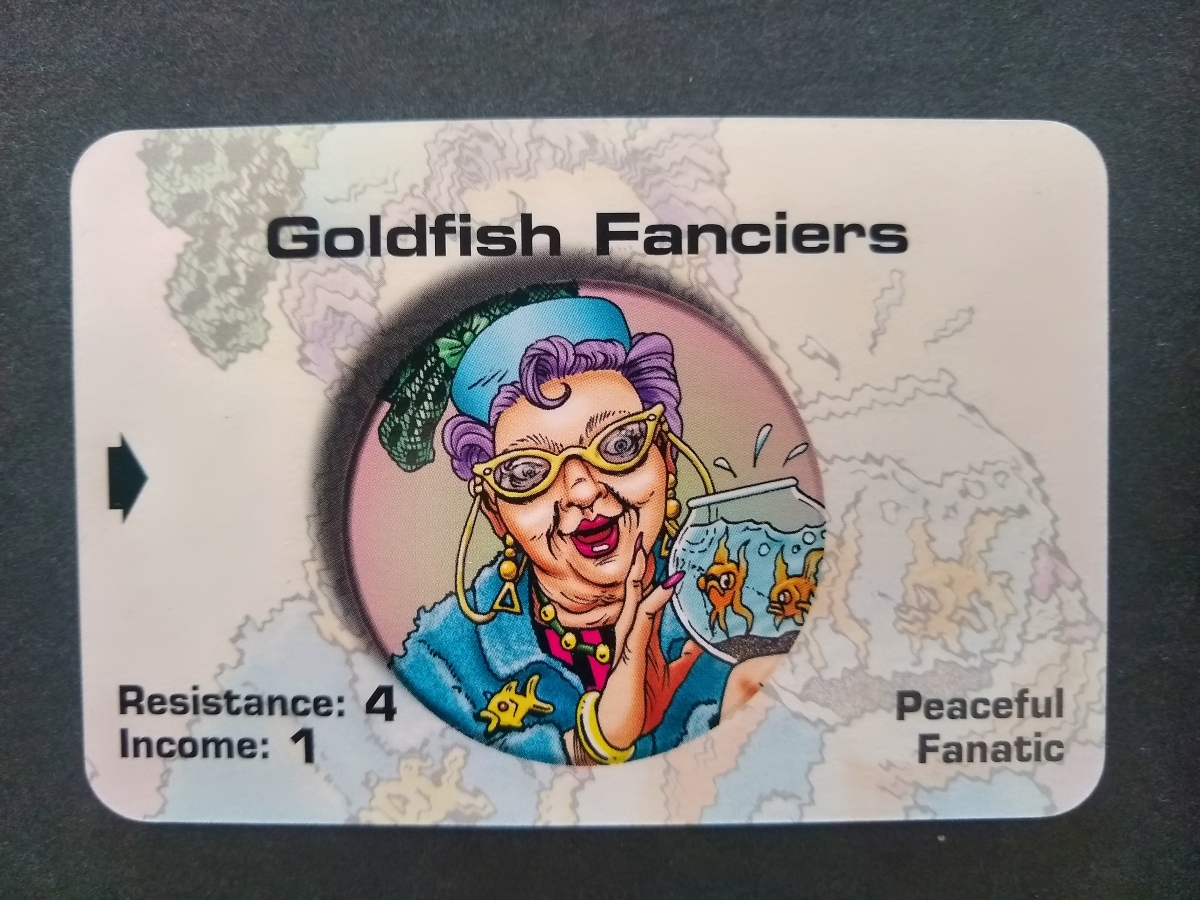 I’ve long argued that what players do at a table draws attention. For example, getting people to bring fancy drinking glasses to the table can draw attention. Conversely, weighing players down with a lengthy rulebook crushes the group’s energy.

Today, let’s look at how flavor text can trigger laughter. When I hear a bunch of gamers laughing over a table at the local pizza parlor, I start wondering: What game is it? What’s so funny about it? And, can I have a slice of what they’re having?

I ate my sherpa

A few years ago, Jamey mentioned in a video about event cards that a mountain-climbing game contained a card whose flavor text indicated that Jamey had eaten his sherpa. He and his friends still laugh when they remember the game years later. He gave this example because it illustrated the powerful role of event cards in creating memorable moments. Let me put an even finer point on it:

Flavor text created a memorable moment for him.

It also provoked enough engagement that I’m sure I would have seen his gaming group and wanted a slice of what they were having. And that’s table presence.

When I was a teenager

My first memory of a modern tabletop game was Illuminati, which is a perfectly functional game by modern Ameritrash standards (that’s not intended as an insult). But what I remember best is the flavor text embodied in the names of cards. I have such fond memories that I had to find and buy a copy. Although I haven’t played the game in years, I still pull the cards out every few months just to look at the illustrations and card titles for the lolz.

The game has too many great cards for me to show them all. In addition to Goldfish Fanciers above, here are three more of my favorites…

I asked for “games that have funny, thematic, witty, or otherwise excellent flavor text” from the lovely folks at Board Game Revolution on Facebook. Here’s what they said (and I’m consolidating votes for base/legacy/expansions)…

Clank Acquisitions flavor text includes the names of cards as well as a 1-3 line italicized quote at the bottom. Examples:

Too Many Bones flavor text includes some gameplay content, but other gems are hidden in the rulebook. Subtly, for example, the final paragraph of the thematic introduction includes 5 sentences ending with an exclamation mark (!) The strategy callouts are cute–for example (editing for succinctness), “Unlike Skill Dice, Def and Atk Dice are never Exhausted… unless, of course, you meet a golem…. My point is, Atk and Def stats are important!”

In Gnomadic Gardeners, I’m experimenting with the concept of extended flavor text that provides a humorous backstory to the animal-assistant characters of the game. Maybe someday, I’ll do similar stories for the gnomes, though that’s a touchier subject because they’re a type of people, which means that there’s more risk of offending human people. In contrast, writing stories about animals is less (!) likely to offend.

These backstories are in addition to traditional flavor text consisting of card names and little quotes. As with the gnome cards, these quotes include puns. How cud I pass up the chance for a cow pun?

Here are some samples:

I asked my Kickstarter backers whether they’d like to see backstories printed on the back of the cards, as pictured above. I noted that if I do so, then sorting the cards by animal type (e.g., sorting the cow cards together for storage after the game) would become slightly less efficient.

Most people did not respond. Of the dozen or so people who responded with public or private comments/messages, slightly more than half preferred not to have the stories on the cards. One wrote, “Backstories are fun, but usually a one-time read. So I would not put such long texts on the cards. Instead a onepager in the rules should suffice, with perhaps just a highlight/quote/summary on the cards.”

Moving the stories to the rulebook will be feasible for the print-and-play copies, as there are no substantive budget or space constraints. People can choose to print them or not.

For the physical game, moving the stories into the rulebook won’t be feasible. Aside from the cost of extra components, the scenarios take the booklet to 24 pages, which is the maximum that the manufacturer can handle. Even if there were money and space for a second booklet, the box is already full. (My proof copy even bulges slightly outward :> ).

Therefore, for the physical game, I am leaning toward providing stories via digital download as with the print-and-play backers. Someday, if I do a larger version of the game (for 1-5 players), I could always include the stories as physical components within a larger box.