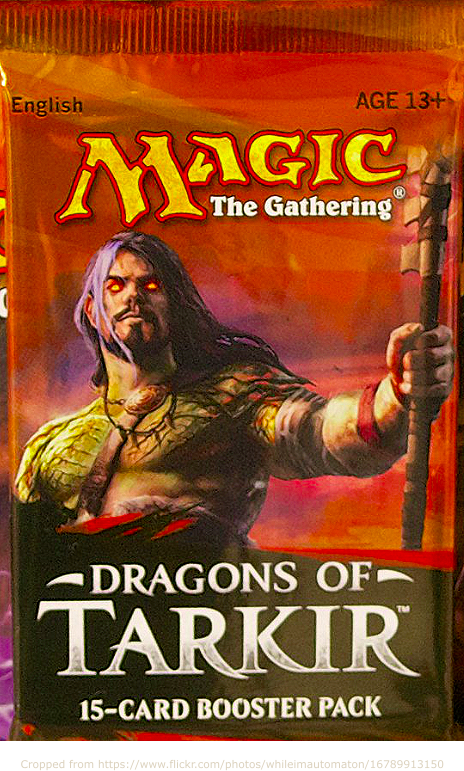 Cramming great art, game stats, regulatory disclaimers and a UPC onto a mini-package presents an interesting challenge. By “mini,” I mean the size of one card deck or smaller. Take the Magic expansion pack, above, for example. It being an expansion, it needs the name of the base game as well as the expansion.

In preparation for designing the “final” box of my own for Gnomadic Gardeners, I asked the relevant BGDL, BGG and Reddit communities for suggestions of small boxes that they aesthetically appreciate. I also drew on a post by Jamey Stegmaier. He did an experiment in which he showed a photo of box sides to gamers and asked which most effectively enticed them to play.

Here’s a quick rundown of some great examples, as well as why I value each example.