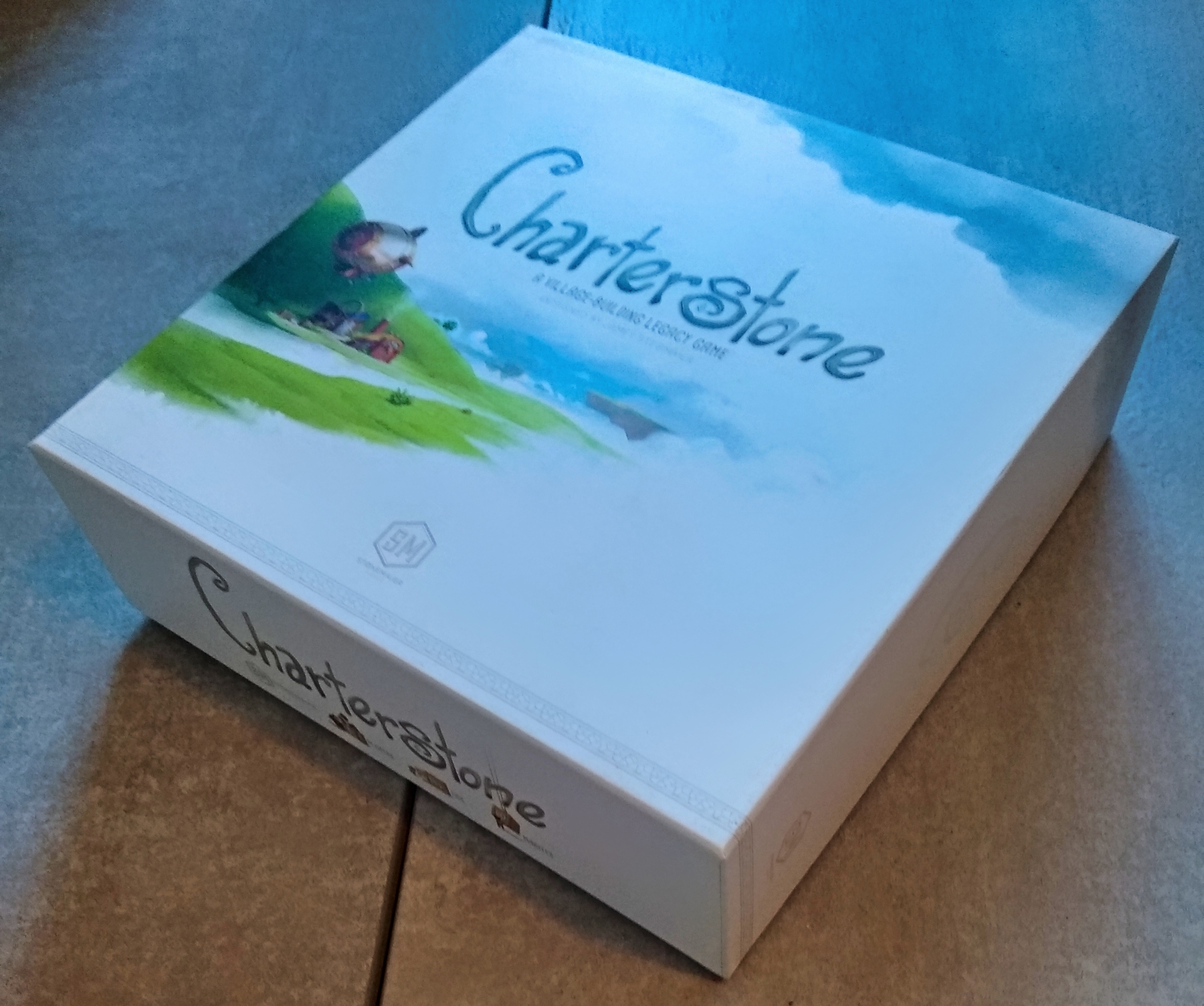 Jamey Stegmaier has a list of 200+ artists and graphic designers whose work he loves. Among these, he lists only a few dozen of them as graphic designers. I checked them all out, filtered down the list to those that had a working online portfolio as of this weekend, and then further filtered the list to find those whose portfolios had more than 1-2 tabletop games (or, had a single game that really impressed me).

I’ll start today by making notes about their boxes, and then I’ll go back in the future and look at other components.

Anca contributed to the art and graphic design for Dandelions, Mountain Goats, Sequoia, and Goats. These all have low weight in BGG. All of their boxes feature flat illustrations with very strong vertical perspective. The lettering is a jolly display font. It’s clear these compose a coherent series of game. The font has some sort of little wiggles around the letters–connoting movement? The box has no border.

The sides include game stats beside line art icons set against flat solid frames — similar to the credits on the cover — and another illustration across the full span of each side.

Box backs have photos of the components (or 3D renders — I can’t tell the difference), player stats set on a flat frame, game summary, publisher contact, and UPC. These seem like fairly small boxes.

Dann illustrated and did the graphic design for Skyway Robbery. The title on the cover has a steampunk aesthetic, both in its heavily embossed font and frame. The illustration is color, shaded, and not photorealistic.

He also contributed to many other games, including Everdell, whose box uses script handwriting set against an illustration by Andrew Bosley. Everdell has a medium weight (2.80) on BGG. Its front has no border.

Its sides feature small pictures and the title wordmark. I haven’t found a picture of the right side of the box, so I’m unsure if it lists the player stats.

Everdell box back has a full-bleed photo/render of the game in situ, title wordmark, teaser, player stats on flat popouts, component list, statutory information, publisher contact, and UPC. A solid non-rectangular blob of shaded color serves as the frame calling out which components are in specific to the collector’s edition; flat white for the statutory, contact and UPC information. One of the game’s characters appears as if standing among gold coins.

Greg did the art, probably the graphic design, and possibly some of the game design for Planetarium (weight 2.07). The box’ s illustration is a semi-photo-realistic illustration of a planet (incurring a meteor strike) set starkly against black space. The font is very clean and formal — almost scientific. The box has no border.

The sides are the black of space, with stars, along with the title wordmark and lead game designer — along with the publisher’s logo. I see no player stats on the right side, either, which continues the illustration of the planet.

In addition to a lot of promotional videos, Josh did the graphic design for some games including Gloomhaven (weight 3.89). The box has a stylized embossed font with a drop-shadow set against a huge, shaded illustration (by someone else, I think). He also did The Tea Dragon Society, whose box features highly stylized script and flat figures. The box has no border.

Gloomhaven’s sides have 4-6 vignettes, iconic player stats set against no frames, the publisher logo, and the title wordmark.

Its back uses wooden planks for the wordmark’s popout, followed by a very long teaser in a display font, as well as a very long pitch paragraph in the same font. It has pictures of components, a photo/rendering of the game in situ, contact information, publisher logo, statutory information, and (on white) UPC.

In general, the sides of boxes repurpose illustration content from the front of the box. The title wordmark is slid into a position where it requires no frame for contrast against the illustration, except for Cobras, which has a large flat brown area for the title. Iconic player stats are typically rendered with no frame.

Matt did the graphic design for several games. He’s really fan of deep, embossed fonts for titles, including on the covers for Scorpius Freighter (2.38), Greedy Kingdoms (1.43), Thunderstone Quest (2.84), and Outlander: Destiny Dice (which failed to launch?) He seems to never use fonts resembling handwriting, though he does use script (e.g., Outlander: Destiny Dice). He frequently strokes the titles with white so they stand out against the background, which is sometimes a flat or slightly shaded illustration but also can be photorealistic. Most boxes have no title, the exception being Outlander, which has a white border with stylized corners to contrast against brown carried over to the sides.

Again with the exception of Outlander, the sides each have a small illustration covering part of the side. In most cases, the title wordmark is rendered adjacent to the illustration, except in the case of Unicornus Knights, which renders the title against a frame with some sort of dragon shape behind the text. The publisher logo, and no player stats, appear to be on all games’ sides.

The back of Fox in the Forest repurposes (?) some of the art from the front, fading into lightly textured cream. It has the title wordmark, hook (sans-serif font), a few photos/renders of sample cards, and player stats (no frame needed). It closes with a flat red-brown frame with the publisher and designer logos, contact information, statutory information, and UPC (on a white background).

In addition to doing the art for a few games (e.g., Santorini), this team (David and Lina) contributed to the graphic design for Charterstone (2.84) and Brass (both Birmingham and Lancashire, with weights around 4.0). All these boxes render the title with a satin finish and slight drop shadow. Charterstone follow’s the team’s typical art style of cartoony, shaded illustrations. Brass has a photorealistic illustration. None have a strong border on the box front, but Charterstone has a very light stylized linework behind the illustration.

The sides of all boxes include a strong-contrast, nearly flat background color (typically white) and a small ancillary illustration. Charterstone’s illustration extends from the front, and even smaller illustrations serve as frames for the player stats on the box bottom side. The publisher logo appears on the sides.. The Brass boxes’ sides simply render player stats against small line frames.

Charterstone’s back has the same light border, unobscured by illustration (which is centered and medium-sized). It includes the title wordmark, player stats (non-iconographic), credits, a somewhat long game description with hooks (in a small-ish sans-serif font), followed by UPC, lots of credits (in a very small font), and logos of the publisher and Automa Factory. Prominently near the bottom is the game’s unique logo symbol and tagline (“A New World Awaits”).